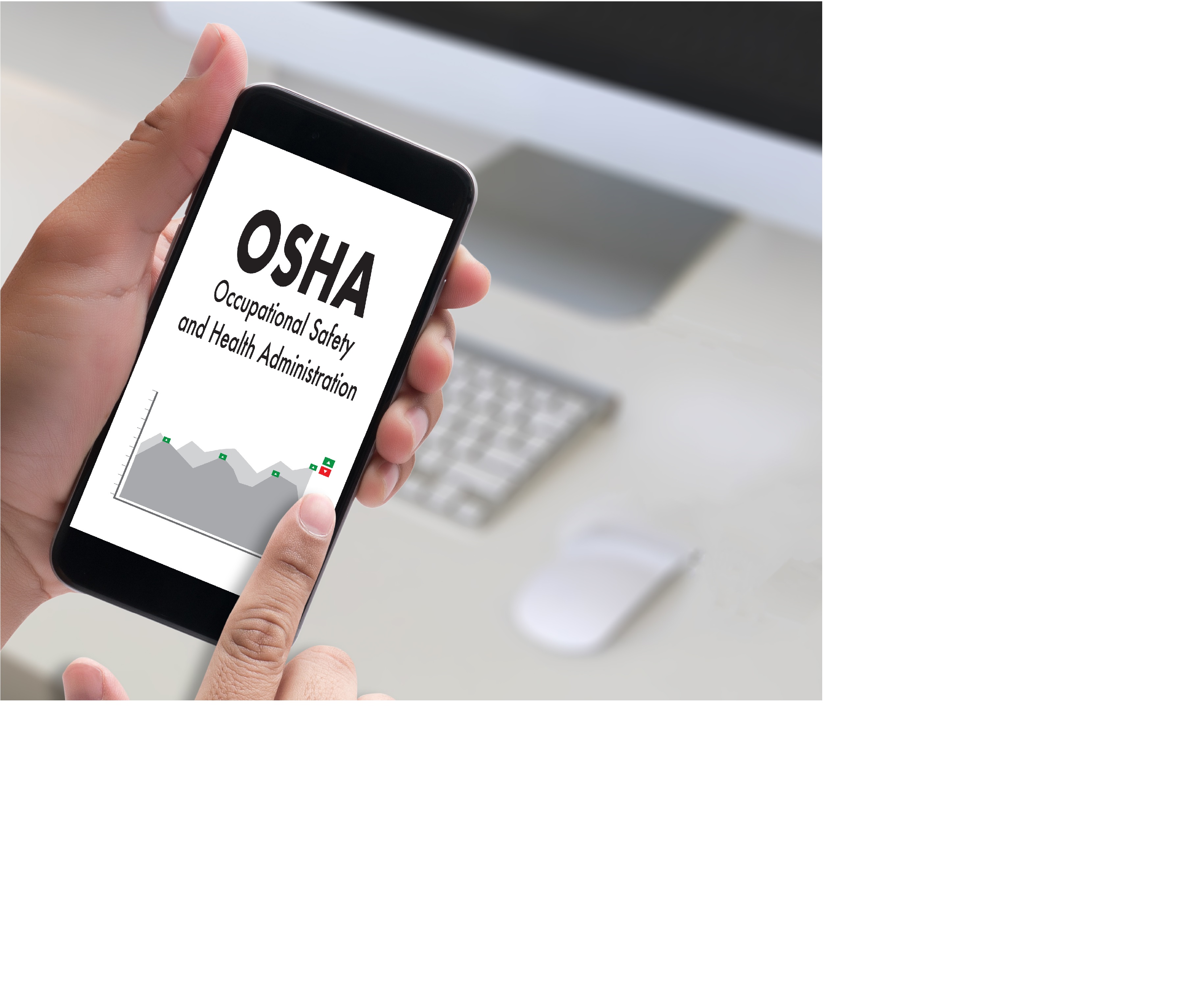 In May of 2016, the final rule “Electronic Tracking of Workplace Injuries and Illnesses” was issued by the Occupational Safety and Health Administration (OSHA) to revise its recording and reporting requirements, and became effective on January 1, 2017.

According to the final rule, establishments with at least 250 workers must electronically submit data from OSHA forms 300, 300A and 301 annually. The reporting requirements of the final rule will be phased in over two years, with the first submission deadline slated for July 1, 2017, at which time all establishments impacted by the ruling must electronically submit their annual 2016 Form 300A data to OSHA.

However, OSHA has recently issued an update to publicly announce that the agency intends to propose extending the July 1, 2017 date. When contacted in April, a representative of OSHA’s Department of Communications indicated that the agency may move this submission deadline to the end of the 2017 year.

How will organizations submit their data to OSHA?

When the final rule was first published, OSHA revealed that the agency intends to provide a secure Injury Tracking Application (ITA) web site for the electronic submission of recordkeeping information.

OSHA had announced that it would roll out this API and file upload tool in February of 2017. During that month, the secure ITA web site and web form for electronic data submission were also planned to be launched.

While OSHA has released technical specifications and instructions for the file upload tool and API, their launch, as well as the launch of OSHA’s ITA site, have been delayed for an unknown length of time.

What are the other provisions of this rule?

In addition to requiring the electronic submission of recordkeeping data, the final rule includes provisions that prohibit employers from retaliating against workers for reporting a fatality, injury, or illness.

Section 11(c) of the Occupational Safety and Health Act already prohibits retaliation against employees who report a workplace incident. However, OSHA may not act under that section unless an employee files a complaint with OSHA within 30 days of the retaliation.

Under the new final rule, OSHA will be able to cite an employer for retaliation even if the employee did not file a complaint, or if the employer has a program that deters or discourages reporting through the threat of retaliation.

This new provision is important because it gives OSHA the ability to protect workers who have been subject to retaliation, even when they cannot speak up for themselves.

However, OSHA’s interpretations of the anti-retaliatory provisions of the final rule have also generated some controversy, as the agency has concluded that post-incident drug and alcohol testing deter employees from reporting injuries and illnesses. According to the comments provided in the final rule, OSHA explains that post-injury drug and alcohol testing policies must be limited to situations in which there is a reasonable possibility that an employee’s drug or alcohol use was a contributing factor to a reported incident.

In addition, under the rule, safety incentive programs may be viewed as retaliatory if they offer benefits to employees or workforces who do not report injuries and illnesses.

What has been the response to this rule?

Shortly after the final rule took effect, the National Association of Home Builders (NAHB), backed by several other industry groups, filed a lawsuit against OSHA in the U.S. District Court. This lawsuit claims that OSHA lacks the authority to issue the rule’s anti-retaliation provision, in addition to opposing the public posting of employers’ injury and illness logs.

The NAHB expressed concerns the public posting will expose businesses to reputational harm with no evidence that it would effectively improve workplace safety. Several public health advocacy groups filed a motion in March to intervene in the lawsuit, wishing to act as defendants alongside OSHA. Among these public health groups are Public Citizen, which argues the rule will improve data collection which will be used to identify trends and improve worker protections. The case is currently waiting to be reviewed by the courts.

In July of 2016, Associated Builders and Contractors and seven other organizations also filed a lawsuit to block the rule from going into effect.

The lawsuit similarly focused on the anti-retaliation provisions that prohibit employers from using drug testing after an incident to retaliate against workers who report injuries or illnesses. The organizations claim the provision is as an overreach of authority by unlawfully limiting safety incentive programs and routine post-accident drug testing.

The motion was denied by the U.S. District Court in late November, and decisions on the legality of the rule have been delayed until after the ruling’s initial submission deadline on July 1, 2017.

What does the future hold?

On April 27, 2017, Alexander Acosta was confirmed by the Senate as head of the Department of Labor. As he assumes his new position, one of Acosta’s first duties will be to appoint several vacant seats in OSHA’s staff. Currently, the agency’s Assistant Secretary, Chief of Staff, Senior Advisors, and one Deputy Assistant Secretary position are all vacant.

While Acosta’s agenda and viewpoints on the rule are not fully clear, more progress might be made on the ITA site and file upload process when these vacancies within OSHA are filled.

Delaying the ruling’s first submission deadline will not only provide OSHA with more time to build and release the ITA site and other data submission tools, but will also ease the burden for employers by allowing them additional time to prepare their data.

Overall, the delay of this submission deadline will place less stress on employers and allow them additional time to prepare to comply with the ruling.

Any further updates regarding the Electronic Recordkeeping rule will be posted to the OSHA website here: https://www.osha.gov/recordkeeping/index.html.

IMEC Technologies provides Safety Management Software to increase worker safety and aid compliance. IMEC’s Safety Management Software will manage inspections and audits, provides hazard identification, incident reporting, management of corrective and preventative actions from generation to closure. IMEC provides lock out tag out software solutions that will allow users to create lockout tagout procedures using an intuitive Mobile App and Manage Lockout Tagout Procedures, also the Review and Execution of those Lockout Tagout Procedures using the Mobile App. Annual Lockout Tagout Procedures audits are conducted using a Mobile App. The Mobile Inspection App allow users to perform inspections and audits, for example the system can be used as a Fire Extinguisher Barcode Inspection Software system to manage monthly fire extinguisher inspections and general fire safety inspections and also to record safety observations and manage corrective actions, anywhere and anytime. The solution can be used as a fire extinguisher barcode inspection software system or life safety inspection system to aid compliance in Higher Education, Healthcare, Industrial and Commercial Organizations. Benefits from a Fire Extinguisher Barcode System include the elimination of paperwork and reducing the burden of compliance with regulations such as NFPA, The Joint Commission. The Incident Reporting App allows users to easily and quickly report incidents, hazards and near-misses, these are then sent to the appropriate people for action and are managed to closure.  Web Apps provide features such as, setup, management, scheduling tools, analysis, reporting and dashboards etc with the ability to report incidents to government bodies such as OSHA and RIDDOR. HazMat T&T is a hazardous waste management software solution designed for Environmental Service Companies and companies who generate a large quantity of hazardous waste. The solution tracks hazardous waste from cradle to grave aiding compliance, providing accurate waste inventory, increasing waste handling efficiency, reducing risk and also helps manage waste costs. HazMat T&T Hazardous Waste Management Software can be deployed in a number of deployment scenarios, from Large Hazardous Waste Generators, tracking their hazardous waste at their site to Environmental Service and Waste Management Companies using it track and manage hazardous waste at transfer and disposal sites. For more information visit our website www.imectechnologies.com